Anton Lundell will be seen in a Florida Panthers or Checkers jersey next year as he has signed his three-year, entry-level contract. Lundell, 19-years-old, was selected 12th overall by Florida in 2020.

Anton Lundell played in Finland’s Liiga this year with HIFK. Additionally, the first-round pick played for Finland at the World Juniors and World Championships. At the World Juniors, Lundell dominated with 10 points in seven games. The HIFK product finished 3rd in points at the WJC behind current NHL players Dylan Cozens and Trevor Zegras. Furthermore, Anton dominated the face-off circle with a 70% face-off win percentage. Lundell helped Finland win the bronze medal at the World Juniors with two goals in the 3rd place game vs. Russia.

Not only did Lundell light up the u-20’s but he did the same at the World Championships among NHL stars. The Espoo-born prospect scored seven points in 10 games and led Finland in scoring. Anton also scored a goal on Columbus Blue Jackets goalie Matiss Kivlenieks. Lundell helped and sparked Finland’s seven-game win streak prior to the gold medal game. The 12th overall pick won 66% of his face-offs, but did not score any points in a 3-2 overtime loss to Canada to end the tournament. Lundell walked away from this year’s international scene with a bronze and silver medal, as well as more high-quality experience.

Lundell’s time in the Liiga this year was great. The experience he gained against NHL veterans, world-class players, and grown adults will make the rookie ready to hop to North America. As the assistant captain, Anton scored 25 points in 26 games and won 49.5% of face-offs. Not only did he score points, but he played 19:05 minutes per game. Compared to current Panther players, Lundell would have had the 6th most amount of ice time on the team. He would also rank 2nd in ice time among forwards, behind his Finnish counterpart Aleksander Barkov. HIFK made it into the bronze medal game of the Liiga and won 7-1. Lundell played nearly 17 minutes and scored two points (two assists) in the bronze medal win. 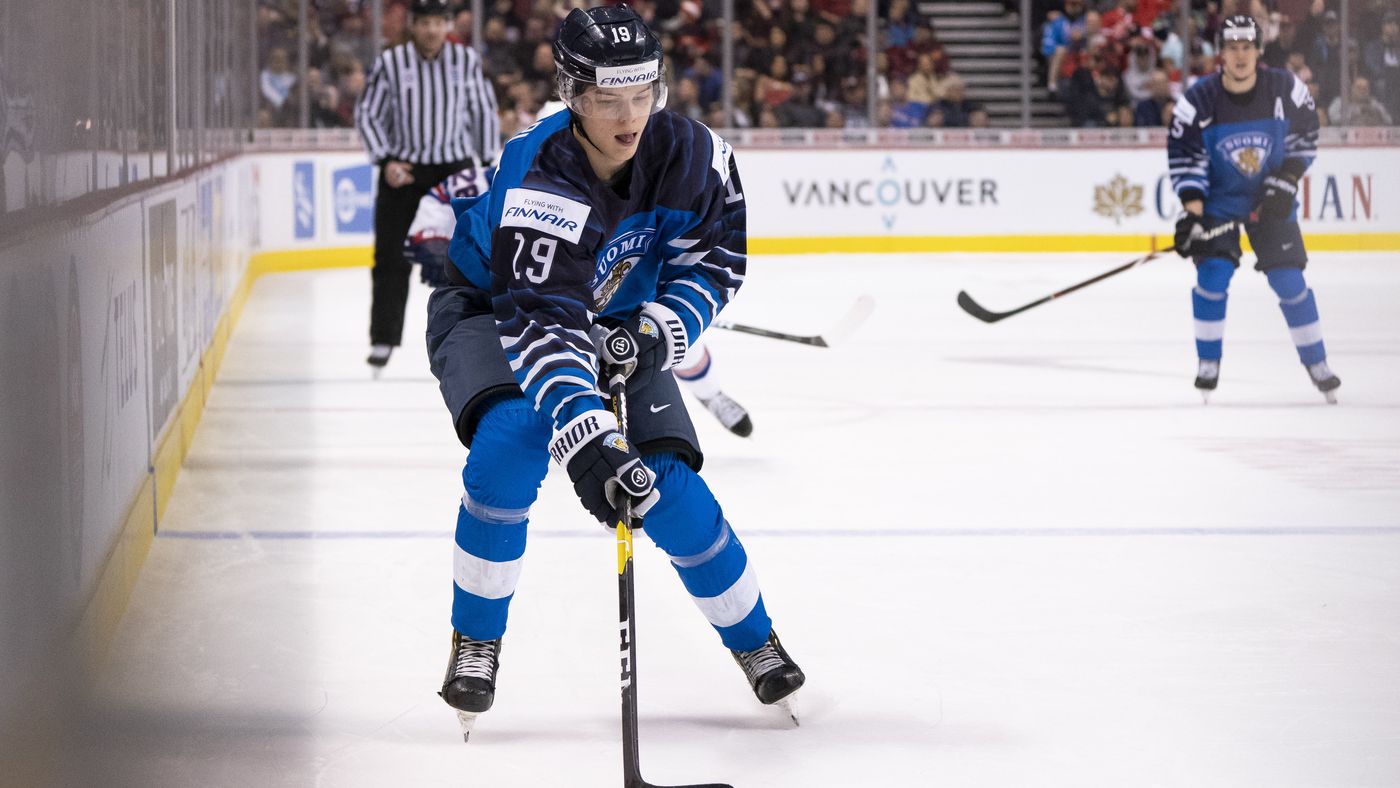 Anton Lundell will have a chance to crack the NHL roster next season. Alexander Wennberg, a Florida Panthers center, will be a UFA this offseason. Other centers, Bennett, Wallmark, and Lammikko, are all RFA’s. There is also an Expansion Draft this offseason that could take a center from Florida. There can be plenty of chances for Lundell to hop in straight away. Lundell could also play in the AHL next season and potentially find his first NHL game throughout the course of the season.

Panther fans can look forward to the HIFK product potentially becoming the “next” Barkov. Lundell stands at 6’1″ and 189.5 pounds. Barkov is currently 6’3″ and 215 pounds. Since being a rookie, Aleksander Barkov has put on some size, and if Lundell does the same, he can be just as powerful. Anton is a 200-foot player that can put the puck in the back of the net and pass the puck. If the 12th overall pick develops, he can become a Selke Trophy winner and an All-Star in the near future. In all, Lundell will have to work his way up but the Panthers franchise can put faith in him becoming a star.