We know the style of play in the NBA has changed pretty drastically. The change happened gradually over a few decades. One of the biggest reasons is the rule changes. Gritty defensive tactics like hand checks are now considered fouls. Today, guys on the perimeter cannot play physical man-to-man defense because they have to give shooters plenty of space to shoot their three balls. Hence in today’s NBA, almost everyone on the floor can sink three pointers. Not giving someone landing space is whistled a foul and free throws often translate into free points. It’s just one reason games nowadays are so high scoring.

With gritty old school defense being out and offensive play really taking off, we have seen many super athletes go to other teams and buddy up with fellow stars to form mini all-star teams. When hard-nosed defense was the thing, you knew that if you drove down the lane you would likely get knocked down.

Many players that were part of the tough and physical defense squads took a lot of pride in shutting down the player they matched up against. One of those guys is now the new (temporary) head coach in Orlando. He has head coaching experience in Sac-town and Utah, but his experience as a 16-year NBA veteran speaks volume.

“Iso ball” is NOT the Magic word

Corbin was not one of the most athletic players to put on an NBA jersey, not even the year he was drafted (1985). He was a mid-second round pick and career journeyman, who was able to join a variety of teams at any point of the season and contribute. He was also the consummate team player who bought into offensive systems built around ball movement.

Corbin was effective at moving the ball and was always able to compete on the defensive end. He injected adrenaline into a game just by bringing his energetic “take no prisoners” approach. This was an era when guys like Gary Payton and Nate McMillan banked as much on shutting down the guy across the ball from them, as Chris Bosh did being on the receiving end of a glitzy alley-oop.

Corbin took pride in bringing all-out energy to his role as a lockdown defender. That was part of his identity, a tough-as-nails defender who was going to compete every night. This is what he will bring to the rebuilding Magic. None of his players will skate by without tight defense and hustle. Not even the more talented Magic players will be exempt from this hard-nosed style.

Corbin isn’t the NBA’s first retired pro to turn to coaching. There’s a whole litany of tough-minded high-energy guys that turned to professional coaching after they retired. One example is perhaps the most infamous of the hit-em-in-the-mouth “bad boys.” An integral member of the classic Pistons teams, Bill Laimbeer has had a successful career in the WNBA leading the ladies of the Las Vegas Aces. Scott Brooks, who also moved around a lot as an NBA player, made defense a staple of his early teams in OKC. He explained his practice of having a team that always competes. He often watched his bench guys and his second unit outperform the starters when it comes to defense.

Kevin McHale, one of the most physical power forwards of his era, a guy Charles Barkley loves to praise, pulled off a string of successful seasons as the Rockets’ head coach. The most successful example of a player-turned-coach is Ty Lue. He was brought into the Laker back court to limit Allen Iverson in the 2001 finals. Lue made a career of sticking to opposing guards on the perimeter. He made the transition to coaching and eventually won a championship with the Cavaliers.

What to look for in a Corbin-led Magic team

Corbin will lay down the blueprint of moving the ball and playing for each other. This is the right recipe for a team that needs to gel together during the rebuilding process. Add to that the fact that, for now anyway, they are without any freakishly athletic offensive powerhouse talents. Watching Magic games will mean watching a team that fights for every possession, and that isn’t afraid to do the intangibles even when that means sacrificing to take a charge or diving after a loose ball.

Tight defense is a part of their style going forward. Corbin will ensure his team is committed to the fundamentals. After all, he is the guy that once railed against AAU ball in an interview. He quipped that in his day the great players wanted to have success where they were drafted instead of going off to join super teams. Join other super stars in the pursuit of championships? That’s not something he spoke of in glowing terms. So you know he is not going to bide his time and go through the motions until a Batman/Robin duo comes rescue the Magic. He is going to believe in the potential of the guys on the floor and the fight they bring to every possession. 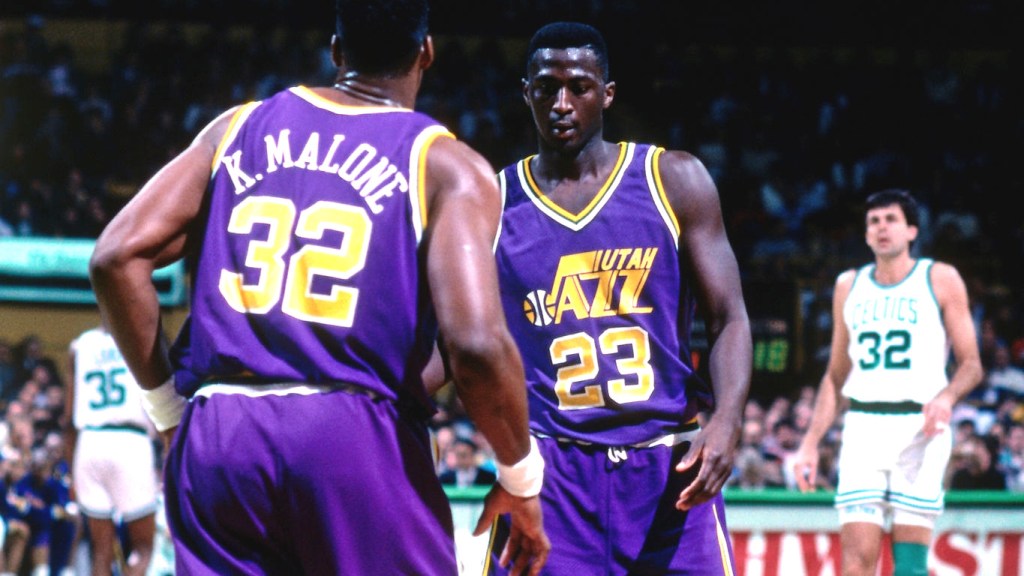 It will be up to the guys wearing the Orlando jerseys to believe in that mindset and commit to executing the blueprint. Corbin will lay down the blueprint that energy and hustle are the heart and soul of Orlando Magic teams to come. Across the board they are going to play tough, especially the bench. Those guys know that they may be on the bench because they don’t light it up on offense. But their great defense can earn them playing time. Following the Corbin blueprint will lead to growth and improvement. When the next star free agent or draft pick comes in, he will be joining a solid group in Orlando.