Victor Oladipo made his well-anticipated debut with the Miami Heat as they came out victorious on Thursday night. With the 116-109 win over the Golden State Warriors, the Heat have now won three-straight games. They move back over the .500 mark with a 25-24 overall record on the season.

Victor Oladipo joined the starting five right away and provided a lot of key defense for Miami, in his debut. Oladipo finished with 6 points, 5 assists, 3 rebounds, and 2 steals in 23 minutes of play. Oladipo had three of the Heat’s eight total turnovers and seemed a bit rusty from the field as he was 2-of-8 shooting. As Oladipo eases his way into the lineup and ramps up his minutes, it should take some of the defensive weight off of Jimmy Butler. Butler finished with 22 points, leading all Heat scorers. He also added 6 rebounds and 8 assists as he continues to be the primary facilitator.

The beginning of the game seemed a bit off for both teams. The Warriors got off to a cold start, missing 11 of their first 13 shots from the field. Later in the first quarter, the Heat went cold as well as the Warriors ended up taking the lead. By the end of the third quarter, Miami all of a sudden woke up. A 9-0 run shot the Heat ahead of the Warriors and they never looked back.

Bam Adebayo and Draymond Green Get Into It

Late in the first half, Draymond Green got into the paint and scored against Duncan Robinson. Green began to flex his muscles and Adebayo didn’t like that at all, exchanging some words to him.

The defense of this game was at an all-time high, and even though the shots weren’t falling, it was an amazing game to witness. Oladipo and Butler want to strive defensively together in hopes that it will continue to lift the Heat above the .500 mark. 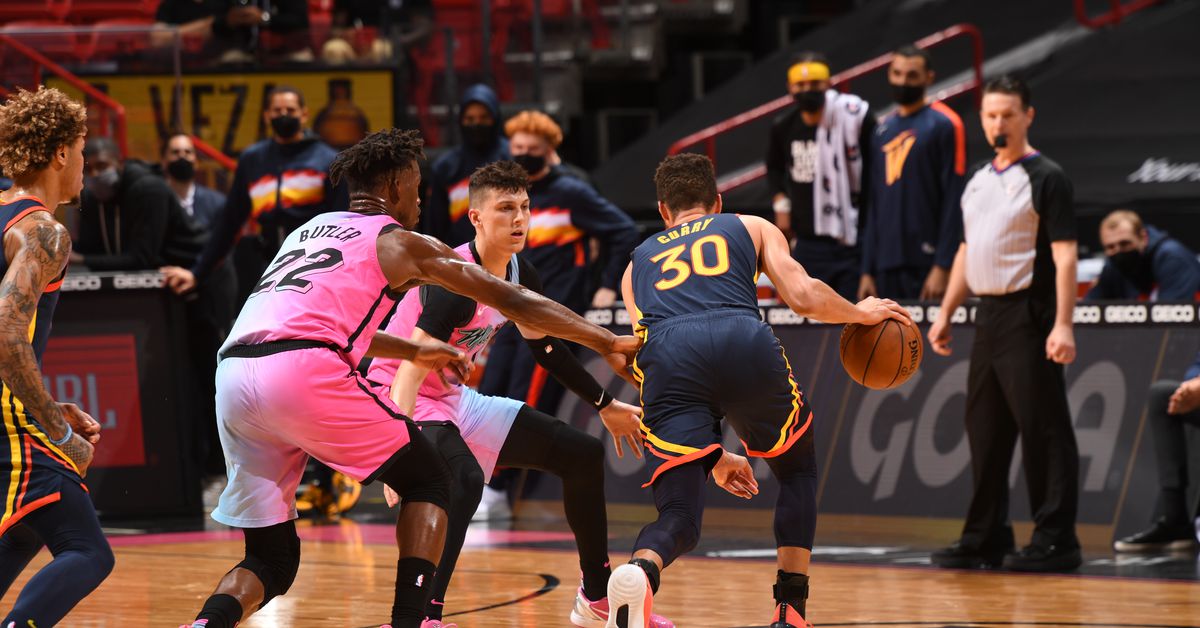