After selecting Chuma Okeke with the 16th overall pick in the 2019 NBA Draft, well aware of him having to sit out for an entire season to heal an injury, it seems like the Orlando Magic made the right decision. As the Magic went through their longest losing streak of the season, Head Coach Steve Clifford seemed to get more and more comfortable with playing Okeke, and the results have shown, with the team winning three of their last four games. Statistically, Okeke’s impact may not seem like a big deal, at 6.3 PPG, 3.5 RPG, and 1.0 APG, but has consistently made big plays in big-time moments. In Friday’s win against the Warriors, Okeke buried a pair of clutch 3-pointers down the stretch and had a key block on Stephen Curry late in the game. Hopefully, Friday’s game is a start for what’s to come for Okeke. 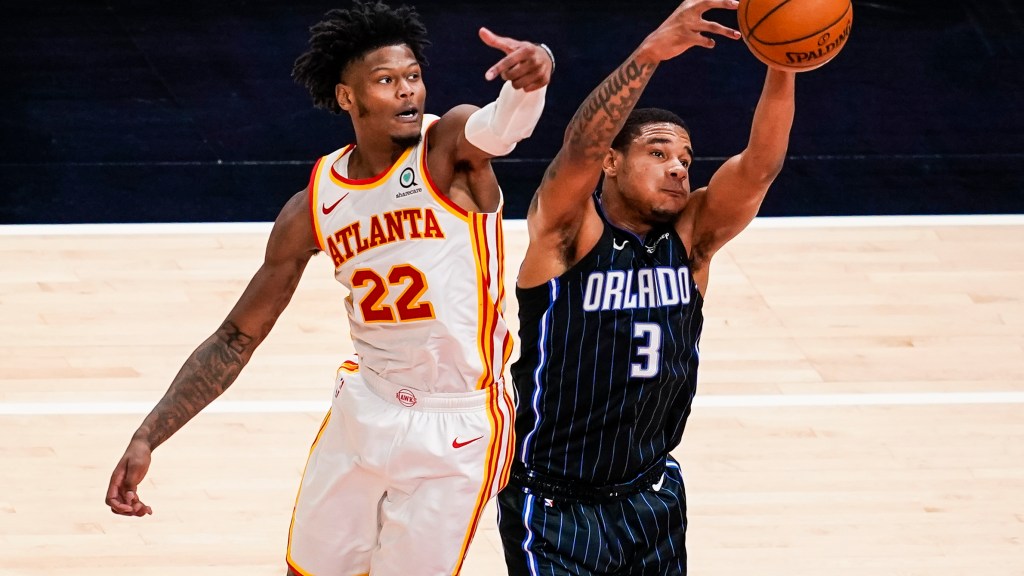 Even with the limited playing time Okeke has received this season, Friday’s game showed us a lot about what Okeke can do when he plays. In the win, Okeke had eleven points, five rebounds, and led the Magic in blocks with three. Of all players in the NBA who have been the closest defender to at least 100 shots this season, Okeke has the sixth-best defensive field goal percentage, per Second Spectrum. This showed on Friday, when Okeke contested eight Golden State shots, and one shot went through the hoop. Okeke’s foot speed on the perimeter has also been a pleasant surprise to watch. Few opponents have beat Okeke off the dribble. This makes him a really good pick-and-roll switch defender, something any team would love to have. Better yet, Okeke’s only averaging one foul per game, and 1.7 per 36 minutes, which is impressive for how inexperienced he is.

As Okeke’s minutes and his confidence rise, he has already drawn comparisons from Trevor Ariza and Andre Iguodala, which is crazy to think, especially in his rookie season. This really exemplifies how good Okeke has been in his limited playing time, just like Mo Bamba. Okeke’s presence on the defensive side, even when he’s not guarding the shooter, is still felt. The Magic’s opponents are shooting 43.9% from the field and 33.2% from three-point range when he’s been on the court this season. When he’s off the floor, opponents have shot 47.7% from the field and 37.8% from three-point range. To put it simply, Okeke has been a nightmare for opposing offenses anywhere on the court, from the paint to the three-point line.

With the recent emergence of Okeke, you can’t help but wonder just how good the Magic would be defensively if fully healthy. Jonathan Isaac showed that he has a chance to be a perennial DPOY candidate before going down with his own ACL Tear. Aaron Gordon was in the running for that conversation this year before his ankle sprain. Al-Farouq Aminu has always been known for his stellar defense, along with Nikola Vucevic and Evan Fournier playing solid defense. Now you add Okeke into that mix, and the Magic now look to have one of the NBA’s most underrated defenses when at full strength. With all the injuries, Okeke, Vucevic, and Fournier will look to carry the defensive production. Despite this, there should be plenty of optimism about the potential this team has defensively in the long-term run as long as they remain healthy.