Jordan Staal scored on a power play at 5:57 in overtime to give the Carolina Hurricanes a 3-2 victory over the Tampa Bay Lightning on Thursday night in Game 3 of the second-round series. However, the Lightning are still up 2-1 in the series.

The first period started out very slow, with no goals scored in the entire period. For Carolina, they made some changes, as they put goalie Petr Mrazek in for Alex Nedeljkovic. Carolina also had some injury problems coming in with Vincent Trocheck and Nino Niederreiter out. However, the absences of Trocheck and Niederreiter didn’t seem to have an effect on the second period.

The scoring would pick up in the second period, with Carolina taking the lead on a Brett Pesce one-timer. The goal gave Carolina its first lead of the series, and was the second time of the postseason the Canes scored first. Later on, Jaccob Slavin and Andrei Svechnikov would assist on a Sebastian Aho breakaway goal, giving Carolina a 2-0 lead at 7:40. Tampa would then draw a penalty which set up a Brayden Point goal, which was assisted by Nikita Kucherov and Steven Stamkos.

However, Tampa Bay wasn’t done in the second period. The Tampa Bay power play went back to work again when Brady Skjei was whistled for hooking at 15:52 and again cashed in. Brayden Point gained the zone with speed and found Kucherov in the slot. After his initial chance was blocked, he recovered the puck and fed Killorn between the hashmarks for a quick rising sot over Marazek at 16:18. Killorn’s goal was the 11th power play goal scored by Tampa Bay in nine postseason games.

The third period was a slow-moving period, but Tampa Bay had some major chances. The Lightning came with a big push to start the third but Mrazek again came up big with several sharp saves. Then with 1:08 left in the third period, the Bolts’ power play got a chance to go to work again after a questionable tripping call against Dougie Hamilton, but the Canes managed to kill the first portion of it to send the game to overtime.

60 minutes wasn’t enough to decide Game 3. So, needing a goal for the Canes to get back into the series, Sebastian Aho and Jordan Staal supplied it on an overtime power play. Aho took a pass from Teuvo Teravainen and whistled a shot toward the net. Staal was there, alone in front, for the tip, his fifth goal of the playoffs, sealing the 3-2 victory. 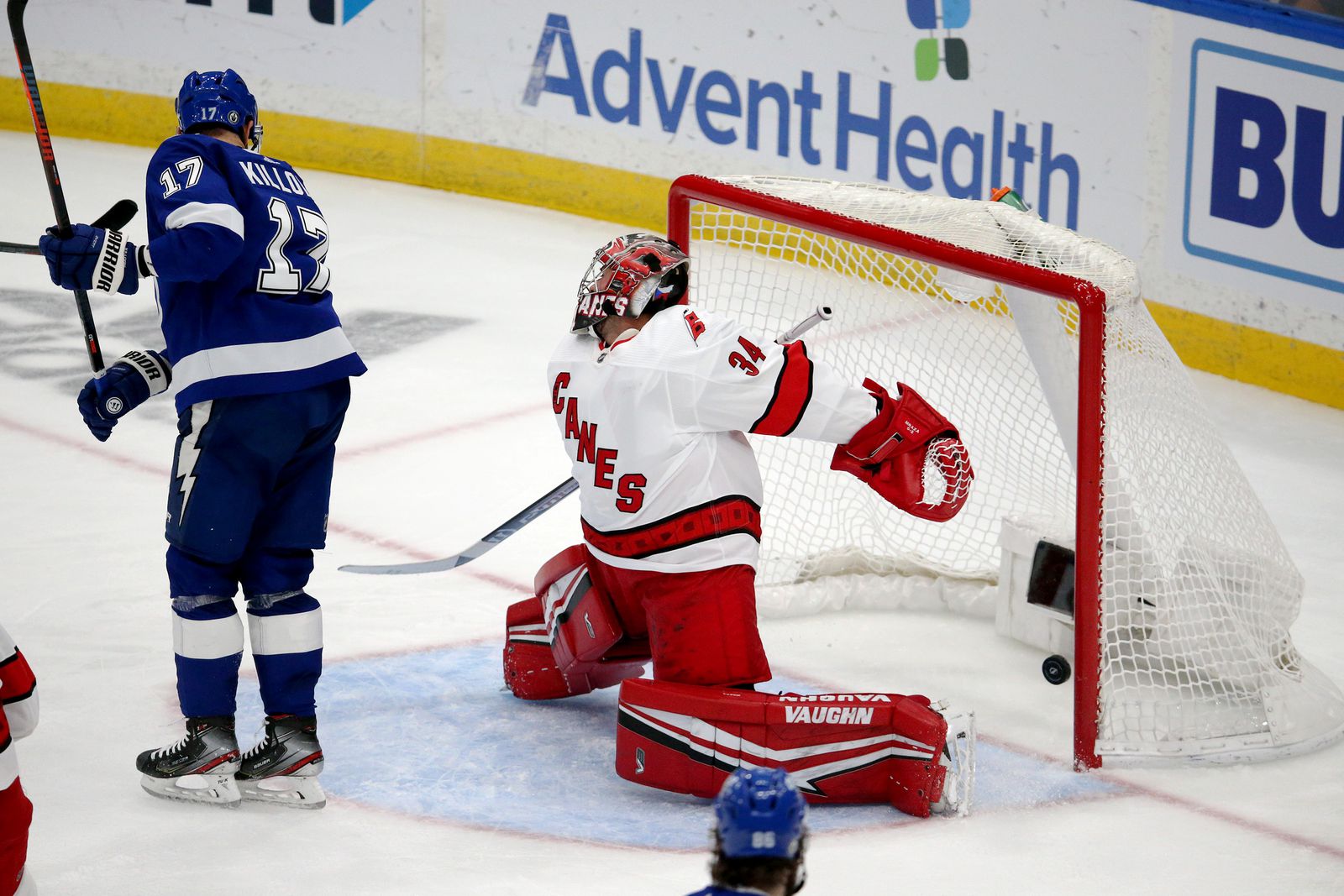 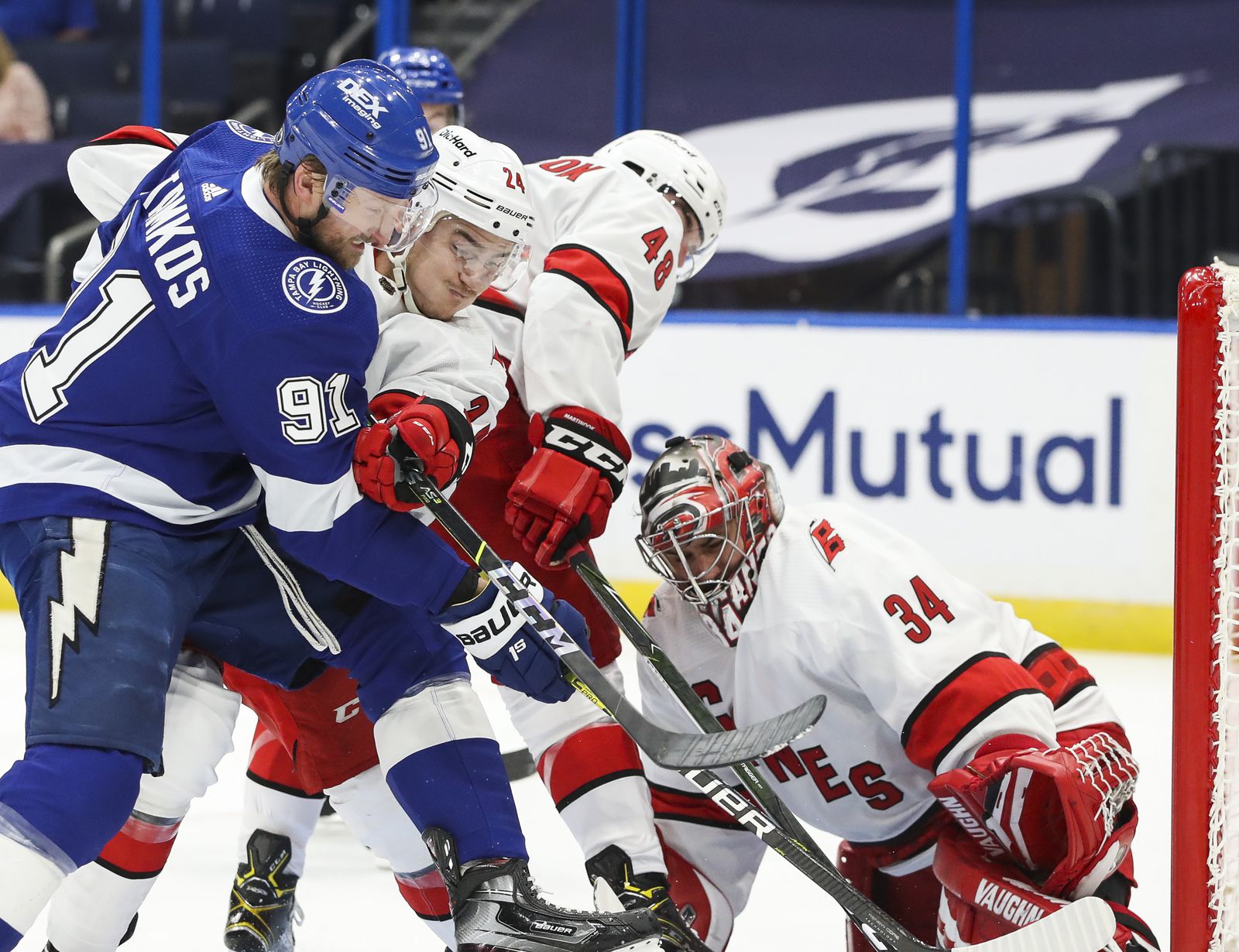 Up 2-1 in the series, the Tampa Bay Lightning will play Game 4 of the best-of-seven series on Saturday. Puck drop is scheduled for 4:00 PM EST.