The Tampa Bay Rays’ offense was unable to record a run in Sunday’s loss to the Toronto Blue Jays, as they fell by a score of 1-0. This was the last of a three-game weekend series, and losing this game leads to them losing the series.

The Rays decided to start the game with an opener, a tactic which seems to have become much more popularized in the MLB lately. While he only went 2.2 innings, Luis Patino was impressive as he allowed no runs while striking out three batters. Patino allowed only one baserunner in the form of a walk.

Something To Note: Luis Patino (21 years old) is the first player in Rays history to play while younger than the franchise (24th season).

After Patino’s brief outing, the bullpen went to work. Josh Fleming, who recorded a loss despite a fantastic outing, went 4.1 innings, striking out three batters while allowing just one run, which would end up being the only run scored in the game. Louis Head and Hunter Strickland were able to finish the final two innings of the game, both being able to record a scoreless inning.

As for the Rays lineup, they were only able to record five total hits and were unfortunately shutout. Hyun Jin Ryu took the ball for the Blue Jays, and despite only lasting 3.2 innings, managed to keep the Rays quiet. Ryu left Sunday’s game early with an injury. The Blue Jays announced it was a minor right glute strain. They haven’t yet said if they believe he’ll miss time or not. 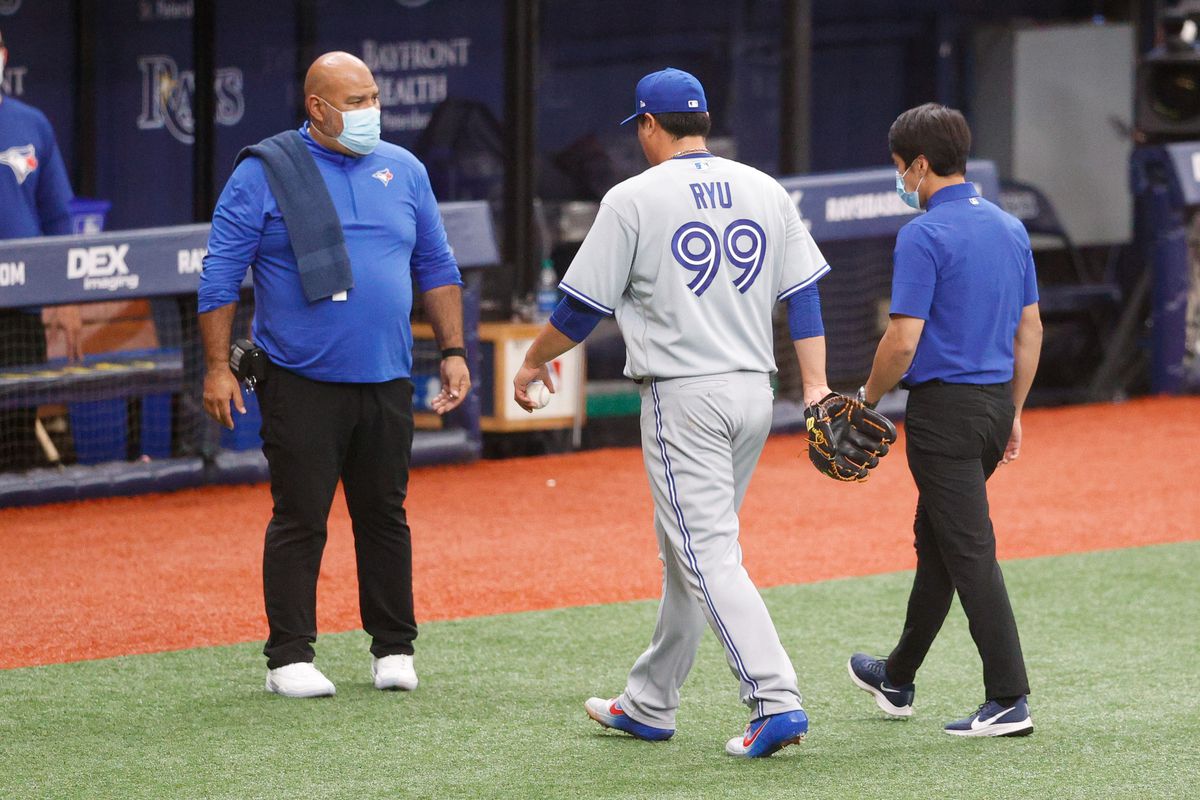 In total, the Blue Jays used a whopping five pitchers to close out the game in the remaining 5.1 innings; all of which kept the Rays off the scoreboard. Kevin Kiermaier was the only Rays hitter who was able to record multiple hits in the game as he went 2-for-4 in the pitcher’s duel.

This loss will bump the Rays back to .500 as they are now 11-11 on the season. The Rays will take on the Oakland Athletics on Monday night (7:10 PM EST). Rich Hill will take the mound for Tampa Bay while Sean Manaea gets the start for Oakland.