Thanks to Aleksander Barkov’s overtime winner, the Florida Panthers picked up an important two points against the Carolina Hurricanes.

The game started out very much in Carolina’s favor, despite shots being very even. Dougie Hamilton opened up the scoring at 3:25, with a slap-shot through traffic that went past Chris Driedger.

Florida would answer back with 25 seconds left in the period, with a slap-shot by MacKenzie Weegar. Florida’s great 2nd line gave Weegar the assist (Jonathan Huberdeau and Sam Bennett).

However, Carolina had a very quick answer to start the second period. The Canes drew a penalty that led to another Dougie Hamilton goal. Sebastian Aho and Vincent Trocheck would get the assists.

Moving on, the third period was very high scoring, with three goals scored in a matter of 3:16. First, the Canes increased their lead to 3-1 at 3:04, with a goal by Brett Pesce.

Florida then answered back a minute and a half later, with a Gustav Forsling goal. A minute after Florida’s goal, Carolina drew a penalty. However, Florida would draw a short-handed goal to tie the game at 6:20. Alex Wennberg would get the goal, assisted by Anthony Duclair and MacKenzie Weegar.

The game then went into extra time, and Aleksander Barkov would score 24 seconds in on a no-look goal. Chris Driedger would help him out on the goal, getting the assist along with Weegar. Weegar arguably had the best game of his career, finishing the game with four points.

Weegar on his game Saturday: “I felt good tonight. I just felt really determined. That’s a top team in our league, they’ve had our number all year. I just didn’t want to lose. I wanted to make a statement.”

Wennberg on Saturday’s game: “It’s great to get some confidence winning against them. It just shows that you can win against every team. If we see them in the future, we’re excited for that opportunity and we’ll see what happens.” 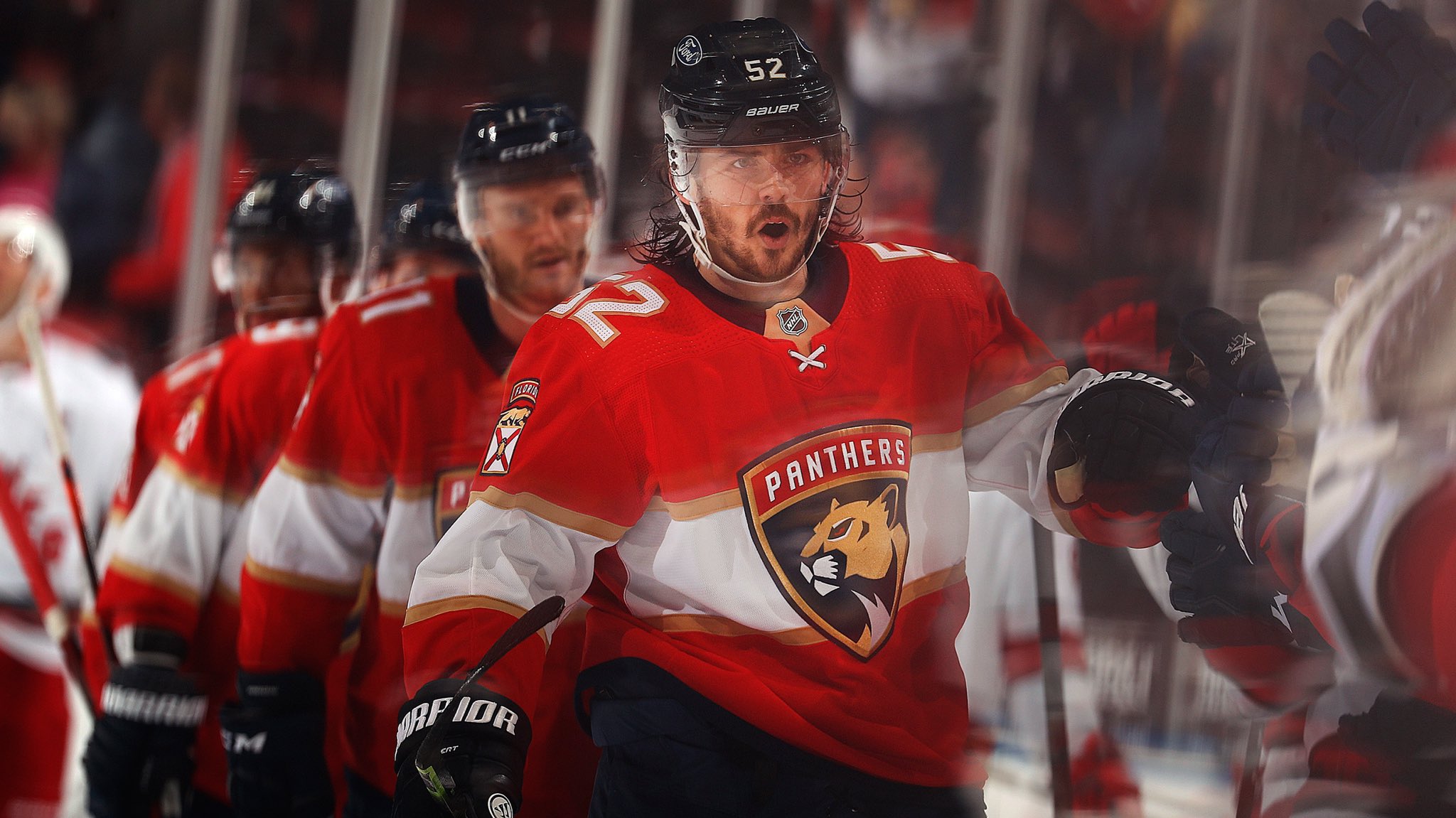 On Monday, Florida will travel to Nashville for a chance to clinch a playoff berth. Puck drop is scheduled for 8:00 PM EST.