Bennett, who was acquired in a trade with the Calgary Flames on April 12, has five points in his first three games with the Panthers. The 24-year-old has looked really good next to Jonathan Huberdeau and Anthony Duclair on Florida’s newly assembled second line.

The Florida Panthers now have 30 wins on the season, and with Carolina defeating Tampa Bay, opened up a three-point lead on the Lightning for second place in the Central Division. 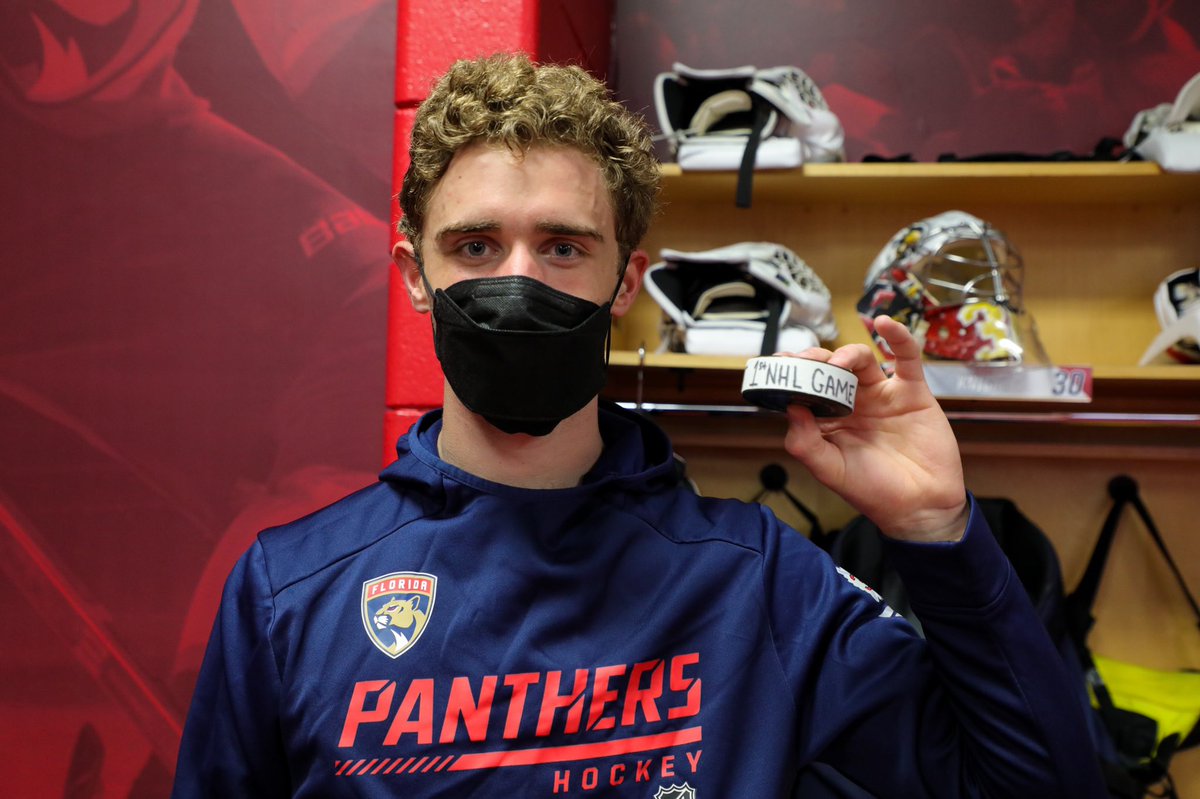 On Tuesday night, and a day after his 20th birthday, Spencer Knight made his NHL debut in net for Florida. Knight was drafted 13th overall in the 2019 draft out of Boston College. The 20-year-old was a 2021 Hobey Baker Finalist and won the Hockey East’s player of the year award in his sophomore season. He also represented the U.S. as the starting goalie during the most recent IIHF World Junior Championship.

In his debut, Knight stopped 33 out of 34 shots, and became the first goaltender born in the 2000s to appear in an NHL game.

Coach Q on Knight: “He looked very cool and calm in the net. The way he came out and handled pucks, assessed all his options, you could see an understanding of where everybody is around the rink. He tracks the puck extremely well… Very composed.”

Huberdeau on Knight’s NHL debut: “He might have been nervous, but it didn’t show out there. I think the way he moves the puck, like when he gets out of the net, it’s pretty incredible. Very happy for him to get that first start, first win.”

Spencer Knight on his NHL debut: “I wasn’t as nervous as I thought I would be. The guys did a good job of just keeping it light and telling me to just go out there and play hockey. That’s what I tried to do. At the end of the day, it’s just hockey.”

Florida: The Panthers will host the Carolina Hurricanes on Thursday night. Puck drop is scheduled for 7:00 PM EST.

Columbus: The Blue Jackets head to Tampa to take on the Lightning. Puck drop is on Thursday night at 7:00 PM EST.