In a close game on Sunday night, the Orlando Magic lost 110-114 to the Houston Rockets. Orlando has now lost eight of their last 11 games as they continue to rebuild and let younger players get more playing time.

As of late, it has been quite the struggle to find out who the scorer is going to be with the Magic. Losing Aaron Gordon and Nikola Vucevic was a very big hit, and younger players will have to step up if this team wants to be taken seriously. In this one, Dwayne Bacon led all Orlando scorers with 22 points, while adding three rebounds and two assists. Cole Anthony had a good night on his 20th birthday with 16 points, four rebounds, and nine assists. Anthony hit a 3-pointer with 28 seconds left to play, but Orlando couldn’t get any closer than two points down the stretch.

Five-time All Star John Wall was out of the lineup for Houston due to rest. But Christian Wood and Kelly Olynyk both stepped up and had big days in his absence. Wood finished with 25 points, 10 rebounds, and three assists. Meanwhile, Olynyk had 24 points, seven rebounds and four assists. After the early departures of Russell Westbrook, James Harden, and now, Victor Oladipo, the Rockets find themselves in rebuild mode as well.

Who Will Replace Vucevic?

With Orlando giving the opportunity to young players, it is 22-year-old Wendell Carter Jr. who is treating himself lately. Khem Birch was sent off to Toronto on April 10th and that has given Carter Jr. the green light. Carter Jr. has racked up numerous double-doubles and has been a real presence at center for the Magic. While the Magic continue to lose games, they can at least start to build around their new key piece to the roster. 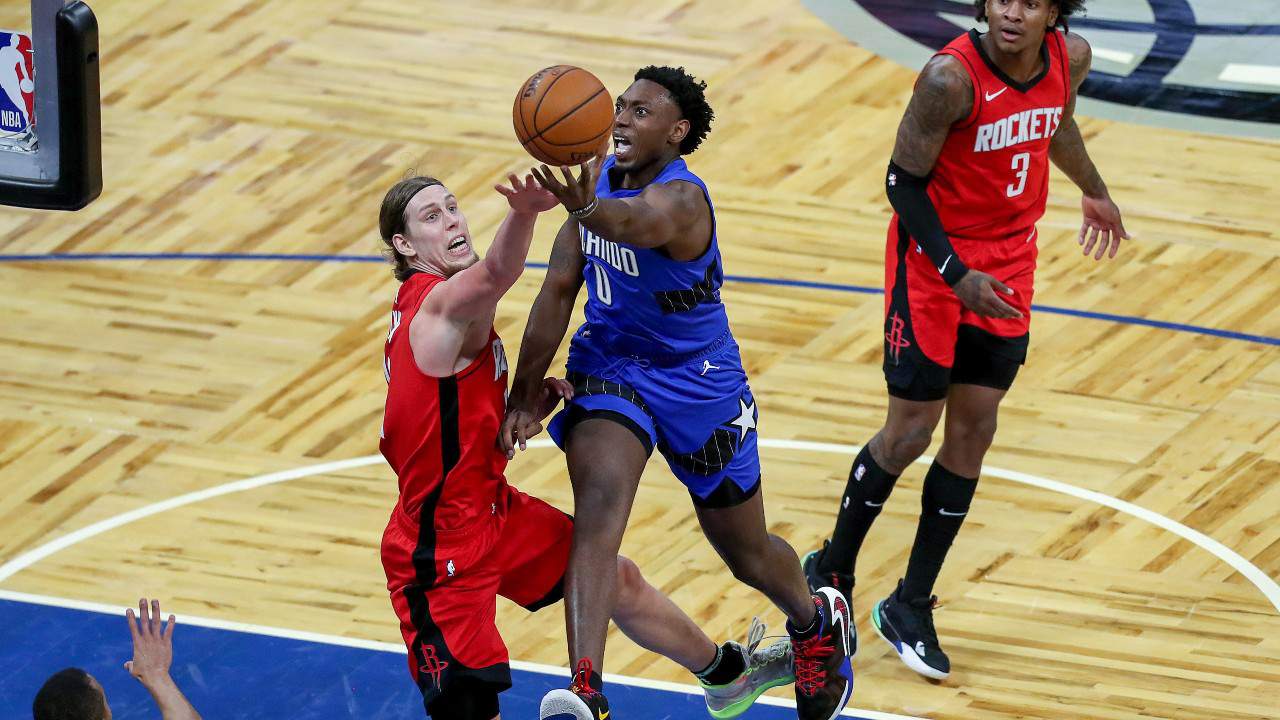 The Magic will face off against the Atlanta Hawks on Tuesday night.