The Carolina Hurricanes beat the Florida Panthers 5-2 on Tuesday night. Aleksander Barkov provided all the offense for the Cats, staking his team first and second period leads. But Jordan Staal’s two goals, as well as other contributions, proved too much for Florida.

After two goals were scored by Aleksander Barkov in the first and second periods, the Panthers lead 2-1 heading into the third. But 45 seconds in, Dougie Hamilton scored on a wrist-shot, to tie things up.

Things just got worse from here for Florida, as Staal put the Hurricanes ahead with 11:08 remaining. He later added an empty-netter with 1:40 to play. Scoring wasn’t over, however, as Carolina got another empty-netter courtesy of Jesper Fast.

Coach Q on another hard-fought battle with Carolina: “We had our turns and they had their turns. The last couple games against them could’ve gone either way, and we were on the short end of it. They’re a good hockey team.”

Anton Stralman on the loss: “It was two good hockey teams. That’s really what it’s about. That’s why it’s tight. They got some good bounces for them, and that kind of decided it. Other than that, I think you can draw a lot of good things out of this game for both teams.” 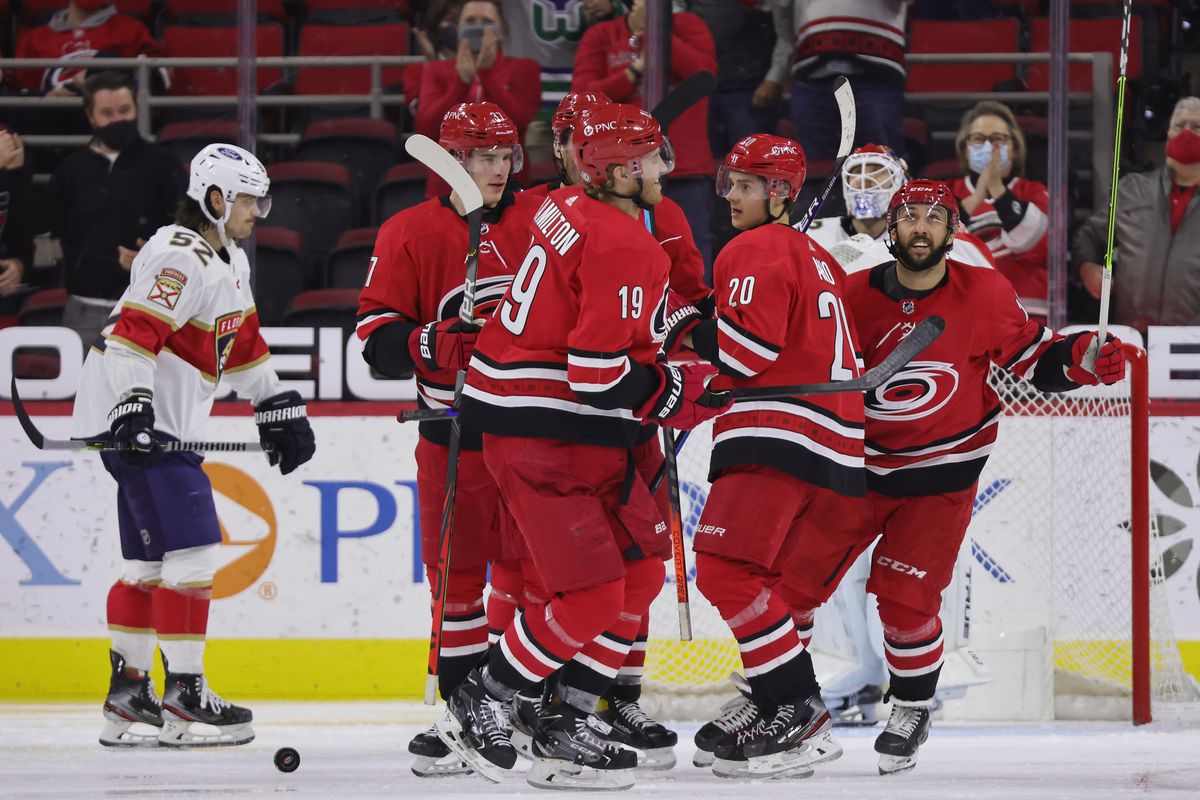 The Florida Panthers will play these same Carolina Hurricanes on Thursday, April 8th, at 7:00 PM EST.